I have learned from several individuals who exhibit mastery of the informed used of the five elements in the creation process. While researching and writing this book, I was fortunate to study with Charmaine Lee, director of the Synergy Dance and Healing Arts Center. Lee teaches people like you and me to dance the five polarity elements and to experience them as tangible energies in the body.

Most people are limited in their ability to act on what they know intellectually because old patterns have crystalized in their bodies. So, we keep on acting and moving in the same ways. The patterns locked in our bodies make real change difficult. Lee's innovative movements cause the body to release habitual patterns. Her work helps people change at the cellular level — they move through the five elemental energies in a way that not only fosters a strong and flexible body but also frees up consciousness. Her techniques make seemingly abstract — and even ethereal — concepts concrete for everyday people. Lee understands, as Taliesin and Merlin did, that creation occurs in a step-down process from ether to air to fire to water to earth. Once creation is manifest as earth, patterns crystalize and we tend to get stuck. To be fully alive, we need to be re-creating ourselves continually, using the elements to do so. 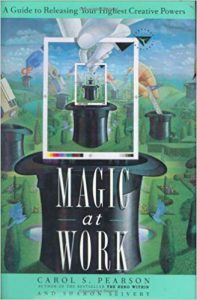 Lee's own life is a case study in faith and in constant re-creation. Born in South Africa with crippled legs, she healed herself through dancing. One career as a professional dancer was cut short when she was arrested by the South African police and given massive doses of a dangerous truth serum. When she finally was released, she escaped to London, where again she was healed — through learning and utilizing the theories of Dr. Randolph Stone. From these theories she developed the innovative form of dance described above, which teaches people to balance the energies of ether, air, fire, water and earth in their own bodies as they move. She is quite a magical woman!

Lee understands that although her mission is always clear to her, the structure housing that work needs to change from time to time. Twice in her life she had to let go of everything she had — once in the move from South Africa to England, and later in a move from England to Washington, D.C. She knows she can survive upheavals that feel as profound as dying. Therefore, for her, letting go of smaller things is simple. Her strength is that she can commit fully to her work without being attached to any particular form.

These principles govern her management style as well as her dance and healing classes. Synergy Dance and Healing Arts was once a for-profit dance center. The work was going wonderfully, but Lee was having a hard time making ends meet. Because she worked with the five elements daily, she could analyze her situation using this tool. The problem was not with the ether element: she know how to be centered. Nor was it with the air element: she was continually expanding her horizons. The issue clearly did not center around her fire energies: she had a strong sense of her mission and was totally committed to doing her part. The problem certainly was not with the water element: she had wonderful relationships with her dancers and body workers as well as her clients. When conflict erupted, she dealt with it.

She realized that the problem was with the earth element: The for-profit structure did not enable Synergy to utilize the wealth available to it from the water element — the massive goodwill people felt toward the organization. People loved the work she did and respected her for her integrity and perseverance in a difficult challenge. So the form changed. She realized that Synergy should become a nonprofit so that people could donate money to support it. However, to move in this direction, she first had to accept a limitation on how much she could profit personally from her own invention. This required letting go of some piece of her initial vision — the form her reward would take for developing Synergy. At the same time, she began to recognize the need to focus her energy on teaching others, who could then take this work and make it available to more people than she possibly could reach herself.